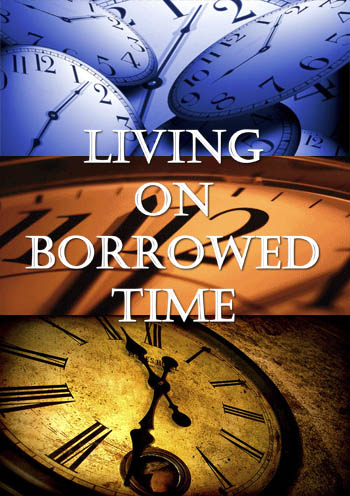 Since the beginning of human history, speculation about the end of the world has fascinated mankind. Myths and stories about the end of the earth exist in almost every religion and culture ever known. And yet, somehow, men seem unsatisfied with the answers they receive. They turn to psychics like Nostradamus, Edgar Cayce, Jeanne Dixon or more contemporary seers like John Edward or Sylvia Browne or they turn to ancient Hindu writings hoping to uncover some morsel of truth that will satisfy their innate desire to know something about the future and the ultimate fate of the world.

Never has mankind’s fascination with the end been more prevalent than it is today. Fears of global warming saturate the news media. Worry over a nuclear holocaust persists into its sixth decade. And storylines of asteroids, comets, aliens, or bio-engineered super-diseases wiping out all planetary life continue to dominate the themes of many Hollywood blockbusters.

Throughout the world, people are plagued with the same recurring questions. Will the human race become extinct? Will nuclear war or climate change destroy or even some kind of natural disaster destroy this planet? Will the world as we know it continue to exist?

Just a few months into 2010, and Mother Nature has delivered a slew of costly and deadly natural disasters. From the catastrophic Haiti and Chilean earthquakes to the U.S. blizzard that descended on Washington, D.C., last month, which was mostly just inconvenient by comparison, 2010 is already above average in terms of natural-disaster casualties.

The answer to these questions and many others concerning the end of the world are not found in the writings of Nostradamus, Edgar Cayce, Jeanne Dixon, John Edward or Sylvia Browne or any other self-professed psychic. They can’t be found in Islamic, Hindu, or Buddhist writings. However, they can be found in the Bible. The bible, which has a track record of 100% accuracy when it comes to future events, has much to say about the ultimate fate of the earth, the people who live here, and creation itself. For those who wish to know the answers to this age old questions, the bible is your definitive source.
Reviews: The DVD should be seen by small groups and youth ministries far and wide. The clear quoting and referencing of bible verses is especially strong. The collage of dramatic imagery - both in photography and artwork, grabs the viewers' attention and weaves the conclusion that God is about to continue His plan in a major way. The video is so fresh - the oil explosion and spill in the Gulf of Mexico is shown as one example of how this old world is wearing out and is in flames.

The video next defends the authorship and reliability of the bible before showing eight unmistakable developments in our world that point toward the soon return of the Lord Jesus Christ. The number one sign given to our generation is the return of the Jewish people to form the nation of Israel. Jesus Christ is now standing at the door waiting to take his beloved bride- His true believers. Like the admonition from the Book of Jude, verse 23, I pray that this DVD will be used by the Holy Spirit to pluck dying people out of the fire before the borrowed time runs out. - John Wicklund - Chair- Olive Tree Ministries Board of Directors - Maple Grove, MN

Great Job! We have watched all your DVD’s and we think this is the best one so far. After someone watches this DVD, there is no way they could argue that we are not living in the last days! – Don & Cindy K. – Bakersfield, CA

God bless you, the new DVD is amazing! I know that if there is anyone out there who doesn't know what the bible holds or has no clue about what is really going on after seeing this DVD they will surely be enlightened about what is truly going on in the world today. - The Taylor's - Bakersfield, CA