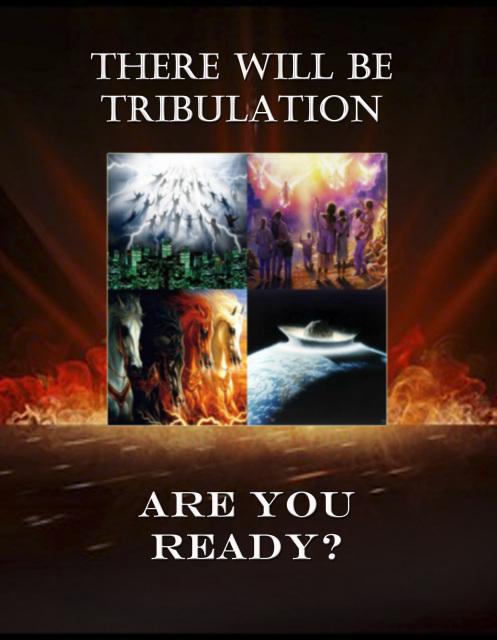 There will be Tribulation - DVD


It is Christ alone who used the phrase "Great Tribulation" with reference to the last half of the Tribulation. In Matthew 24:21, Jesus said, "For then there will be a great tribulation, such as has not occurred since the beginning of the world until now, nor ever shall." In this verse Jesus is referring to the event of Matthew 24:15, which describes the revealing of the abomination of desolation, the man also known as the Antichrist. It also should be noted that Jesus in Matthew 24:29-30 states, “Immediately after the tribulation of those days . . . the Son of Man will appear in the sky, and then all the tribes of the earth will mourn, and they will see the Son of Man coming on the clouds of the sky with power and great glory." By this passage, Jesus defines the Great Tribulation (v.21) as beginning with the revealing of the abomination of desolation (v.15) and ending with Christ's second coming (v.30).

Another effective witness from Randy and Prophecy Update. The "There will be Tribulation" video describes the purpose and the sequence of events during the final seven years prior to the return of the Lord Jesus Christ. The linkage to many Old Testament prophecies clearly show the importance of the nation of Israel to this seven-year period. The pictures in the video document a world already full of tribulation- how terrible will be those seven years. Great teaching tool for small groups and youth ministers to present the gospel message through the topic of bible prophecy. - John Wicklund Chair- Olive Tree Ministries Board of Directors

“Your Presentation will literally scare the h-ll out some people. There is enough scripture and a warning of what is coming to cause, anyone, who has put off accepting the Lord's salvation through Jesus to repent now!” – Don Mills – Director of Programming – CSN Radio – Twin Falls, ID

Brother Randy, to say it was a great movie documentary is an understatement. Thank you for doing the Lord's work. This movie gave me the chills. – Terrance Alan - Kaukauna, WI

Thanks so much for the DVD There will be Tribulation...I watched it the other day, finally.   It is well done and really holds your attention. In fact, it's unrelenting...which of course is what it needs to be. – Rich and JoAnne – Temecula, CA

After several delays, technical difficulties, hardware failures, rewrites, illness and spiritual attack, is finally finished – “There Will Be Tribulation”. If ever there was a time for a DVD about the Tribulation, it’s now!

“There Will Be Tribulation” – Features “Storm of a Different Kind” an original song by award winning songwriter Terrance Alan featuring artist Chad Evans and “"People Get Ready...Jesus is Comin" by critically acclaimed singer/songwriter and multi-Dove Award winner, Crystal Lewis.

You can order your copy of this exciting new DVD from Prophecy Update right now.